Over a month after unrest across the Middle East interrupted Egypt’s easing cycle, the central bank on Thursday left the deposit rate at 12.25 percent and the lending rate at 13.25 percent, the Monetary Policy Committee said in a statement. Seven of 16 economists surveyed by Bloomberg predicted a cut, while the rest saw no change.

“Disruptions to global economic activity following the recent coronavirus outbreak could weigh on the global economic outlook, at least in the near term,” the central bank said. “Meanwhile, international oil prices declined due to lower demand, yet remain subject to volatility due to potential supply-side factors that include geopolitical risks.”

The economic impact of the coronavirus is the latest complication for policy makers in Egypt, who paused easing in January after unrest jolted other parts of the region, from Iran to Libya.

The outbreak has started to disrupt the region’s supply chains, as many Chinese factories remain shut, complicating deliveries of parts and components essential to the industrial world. Investor anxiety about the epidemic is also boosting demand for haven assets.

Such concerns could in turn boost the dollar, creating pressure on emerging-market currencies, according to Radwa El-Swaify, head of research at Cairo-based Pharos Holding.

“Cautious monetary easing is required at this stage, in order to ensure an attractive carry trade for foreign-portfolio investors,” she said.

Egyptian policy makers are trying to balance calls for more economic stimulus to boost business with the need to maintain the kind of elevated rates that have made the North African nation’s debt an emerging-market darling.

Inflation accelerated for a third consecutive month in January to an annual 7.2 percent, with the MPC stating that keeping rates unchanged was consistent with its goal of inflation at 9 percent, plus or minus 3 percentage points, in the fourth quarter “and supporting the disinflation path over the medium-term.”

The MPC said it “will not hesitate to resume its easing cycle subject to further moderation of inflationary pressures.”

Consumer prices will likely slow significantly in March due to the base effect, “which will create an opportunity for a rate cut in April’s meeting,” El-Swaify said.

Overseas money has continued to pour into local debt in recent weeks, as Egypt’s real rate remains among the highest globally despite 450 basis points of cumulative rate cuts in 2019. The pound is one of the world’s top-three currency performers in 2020.

El-Swaify said she expected a reduction of 200-300 basis points over 2020, which “should not significantly impact foreign appetite for Egyptian debt instruments, given the year-to-date and expected strength in the pound.” 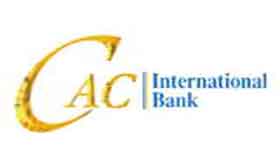